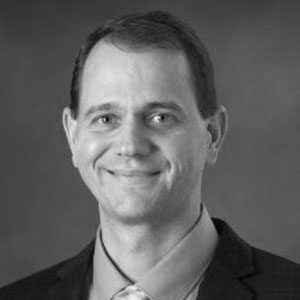 Kenyon has worked in the Orthopedic Trauma market for almost 20 years. While earning his MBA at Purdue University he began an internship with Synthes USA in West Chester, PA. Following graduation, he returned to Synthes full-time. Spending two years in a management program, Kenyon supervised a department on the factory floor and managed new product launches. Following these rotations, he settled into a product development position within the Synthes Ex-Fix group where he identified new product opportunities with international surgeon thought-leaders and then worked with engineers to develop the products. Kenyon enjoyed working closely with surgeons to improve patient care and after several years decided it was time to join the sales force.

Still with Synthes, Kenyon took over a newly created Northern Utah territory selling the full range of trauma products to major trauma centers, community hospitals, and surgery centers. In that role he also sold a co-marketed Synthes/Lilly osteoporosis drug, Synthes/MTF allografts, orthobiologics, and Synthes’ shoulder replacement implants. During that time Synthes merged and became DePuySynthes. Although he loved being in the OR every day, after 5 years he was ready to move back into product development.

For the past four years, he has worked as a marketing and education consultant to small and mid-size companies breaking into the US trauma market.

Through these positions Kenyon has managed the entire trauma device life cycle, from idea through manufacture all the way to sales and implantation. Having “grown up” at Synthes, Kenyon places high value on education and the sales representative acting as a consultant to the surgeon customer.