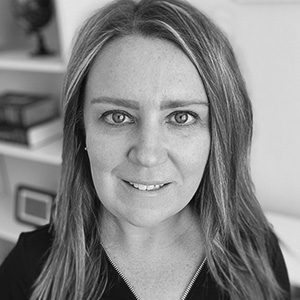 Kristen has 16 years of experience in orthopedics and spine and comes to Medical Sales College with 10+ years in medical sales. She began her sales career in 2008 as an Assistant Account Manager in durable medical equipment where she sold off the shelf splints and braces, CPM machines, and cold therapy units. After two successful years, she transitioned to orthobiologics.

In 2010, Kristen joined an orthobiologics distributorship based in the central and western United States. She was the primary Surgical Consultant supporting first cases and hospital in-services. In 2011, she was promoted to Director of Clinical Services. Her key role was on-boarding and educating new clinical service employees. She also continued to support first cases, hosted a bi-monthly journal club, and was responsible for real time troubleshooting and coaching.

Following an acquisition in 2016, Kristen pivoted to a role in medical education as a Clinical Application Specialist Manager for a multi-million-dollar orthobiologics company. This company offers autologous cell and platelet therapies, allograft, and synthetic bone graft. In 2017, Kristen was promoted to National Accounts Manager, where she worked closely with the legal team on local and multistate contracts. She is skilled at providing clinical and scientific value to hospitals which often helped to shorten the value analysis process. She also continued to support the sales team with case coverage, hospital in-services, and distributor education. She remained the primary contact for new employee and distributor on-boarding, hospital credentialing, and product education. We are happy to welcome Kristen and her extensive knowledge in orthobiologics to the MSC team!