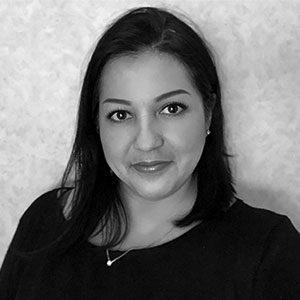 She proved herself by becoming the go-to member of the team and was promoted to full line sales rep after 3 short months. She continued blazing her trail to Rookie of the Year and became a Field Sales Trainer after finishing in the top 10% the following year. During her time at DepuyMitek, she was a multiple M Club winner, and awarded MVP when the Southwest team took 1st place for Division of the Year.

After a short stint in cardiovascular pacers with Boston Scientific, Thiana realized her heart belonged in Orthopedics and after receiving an invention disclosure for a soft tissue anchor, she returned to represent DepuyMitek a year later as an independent distributor for SCOR Medical. She wasted no time in achieving her Sports Med quota year after year, and connecting her surgeons to additional product lines from Arthrosurface, KMI, and MTF Biologics. In addition to lines SCOR supported, she also represented Tornier, OrthoMed and 3 Biologics distributors spanning the majority of tissue banks in US, and quickly made a name for herself in both the foot & ankle and biologics world. She embraced field sales training responsibilities for DepuyMitek and the Biologics lines, and was instrumental in introducing Biologics to the SCOR team. In 2010, Thiana was asked to represent SCOR Medical as a New and Competitive Products Panel Member at DepuyMitek’s National Sales Meeting. Thiana received awards across multiple categories for sales excellence and was an integral part of the SCOR team when they won DepuyMitek’s Distributor of the Year in 2012.

Thiana’s success in foot & ankle earned her an invitation to help kick off Stryker’s new foot & ankle division, where she paved the road to a large Kaiser contract, but it was her growing passion for mentoring and training that led her to accept a position as Director of Medical Education for Arthrex with the So Cal distributor, where she designed their new rep training program and continuing education programs for veteran reps across the Sports Medicine, Extremities, Biologics, Capital Equipment sub-specialties. She put together professional education programs for surgeons, ran didactic sessions and wet labs for individual surgeons and their rep teams. She also planned and facilitated 10 station knee and shoulder labs, hosting 30+ faculty surgeons, for all Southern California fellows. Thiana oversaw Arthrex’s partnership with the UC Irvine Orthopedics Residency lab and frequently participated in Grand Rounds, including instructing residents in ACL graft harvesting.

In 2014, Thiana accepted a Regional Sales Management position with the up and coming Cayenne, now Zimmer Biomet, to expand her footprint into 5 states. She was asked to participate in R&D engineering round tables for new product development, and holds several IP agreements with them. Her accomplishments include 1st place in the RM challenge trip to Hawaii after sales of their flagship product dipped company wide, by developing a new and radical product positioning strategy. But her most memorable was watching the team she brought into Arizona, rise from 2nd to last place and 8 months later, finished 1st, winning Distributor of the Year.

Thiana’s relationships then led to her Orthobiologics distributorship, and a new endeavor with her customers to tackle macro healthcare issues, and providing services needed to the underinsured as part of a non-profit foundation team. As completion of the project neared, Thiana’s passion for training brought her to the MSC team in 2016.